So after I finished the initial design of the ClassicEagle, I started to work on two additional payload sections:

While item 1 was done fairly quickly and straight forward (but also here, digital and reality are partially different) and the idea / concept fixed quite early, item 2 took a few iterations and steps and ideas and throwing aways. But first things first …

The idea of the people carrier was quite “done” in my head, but certainly the design took some iterations while actually implementing. Especially the approach to the door was a “challenge”, do I settle for a single small door, a larger one etc. And how to fix, where to hinge it etc. I also was quite early on certain, that I wanted a roof that opens, so you can access the interior (being in principle playable is always an important aspect for me, so having access to actually sit down the astronauts was important). Also the more practial challenge was to ensure, that connector holes and size would fit to the ClassicEagle. I started with a copy of the complete Eagle including the Crane Bay and from there started the work on the people transporter, e.g. maintaining the connector sections from the crane but modified everything else. Occasionally I would digitally plug-in the device into the payload bay to check if size etc is all fitting. Thanks to the “Collision” indicator it is possible to see, of this works or not.

So the final design, ready to be bought from BrickLink looked like this: 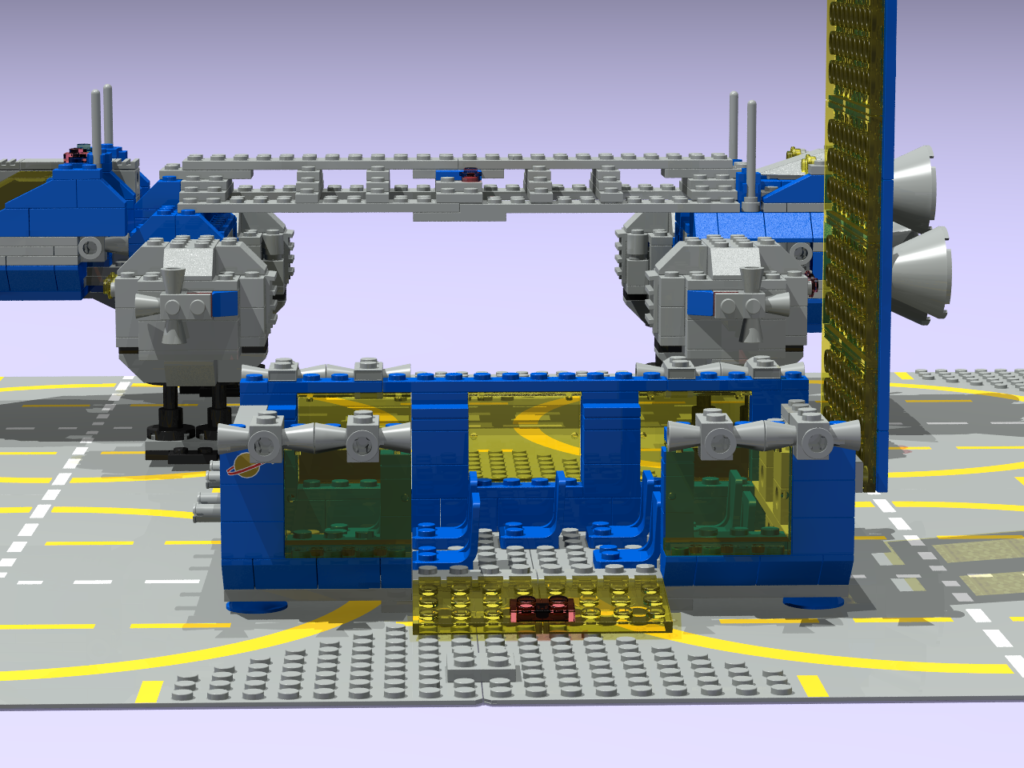 Rather sleek design, with a nice large double door and the complete roof can be opened on one of the small sides, nine seats inside, nice windows for the astronauts to enjoy the ride, some places to put the helmets and have the air tanks put on the rods for storage … Who wouldn’t hitch a ride with those one to its next assignment?

to continue in Part IV