Now for the second item, the Cryro-Lab. My initial idea / plan for a 3rd payload unit after the crane and “bus” was actually a type of flight deck, where the small shuttles could sit and than be release above a planet etc. I tried a few things and ideas but nothing was really going anywhere. And actually even the small ones are quite large, so given the space available in the payload bay, I might even be able just to carry 1 small space craft. So when browsing the net, getting regular lego space pictures via pinterest etc I conceived the idea of the ice station –  A station the Eagle would drop off on an ice asteroid or far away region and where the astronauts could spent a few days “on mission” and than the Eagle picks it up again for a next assignment or MRO at alpha base. And given the size of the “Ice Patrol” vehicles and space crafts, it was actually possible to combine lab and flight deck into a single payload.

So I started with a few fix points:

So by loading the Ice patrol models into the programme and another copy of the initial ClassicEagle design, the ice station took shape:

A first version looked like this (it never made it to Bricklink or even into real hardware):

Another main iteration that took place after the first design was to have different levels for flight deck and lab, the flight deck I needed to fit in all space so also the larger ones of the Ice Patrol would fit, while the lab as positioned far away from the ground, so the cold wouldn’t creep into the lab. Also some design elements (e.g. the slopes at top and bottom) to make it look a bit better was part of the design.

So here is the final look of the Ice station, stand-alone and integrated into the Eagle (and don’t ask about the black bars, artefact from the render engine): 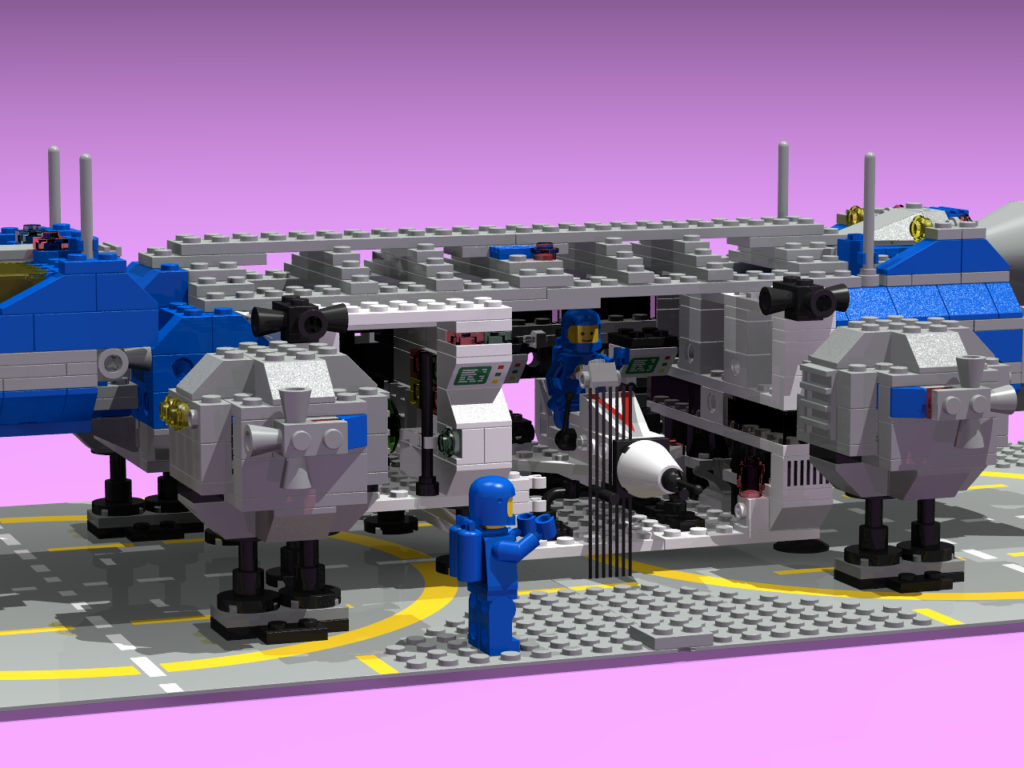 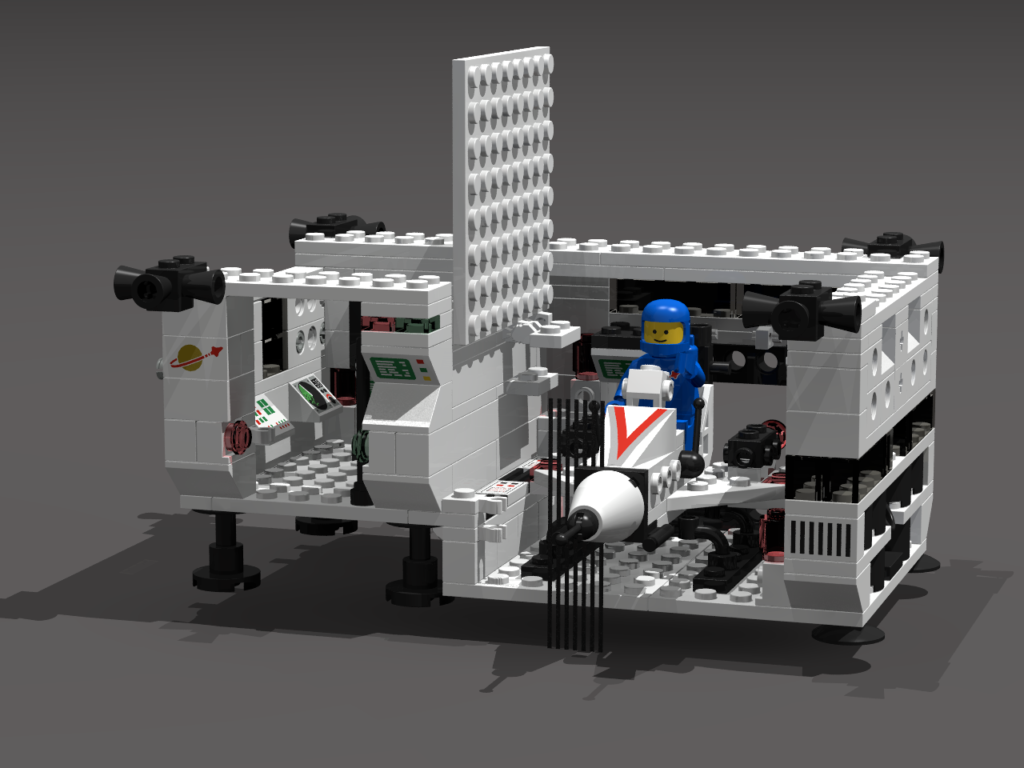 A nice little station, that can be dropped of in an icy environment and be picked up after a few days ….

After the Eagle was more or less done, resp. the lack of ideas for good payload section drove me to the next project, a science convoy ….