Around April / May I finished the concepts for the Heliophysics units and now it was time to turn them into reality. But a lot of Bricks have been missing,, also for the Spaceport … To make a long story short, what happend from April until End of August was the following:

So this was it in short form and here I want to focus on the part “I completed the HelioPhysics Unit”, the rest is another story …

First I had all parts together to built the HeliosCruiser. The actual built was very close the digital design, there was not any major deviation, so we can turn right to the end result: 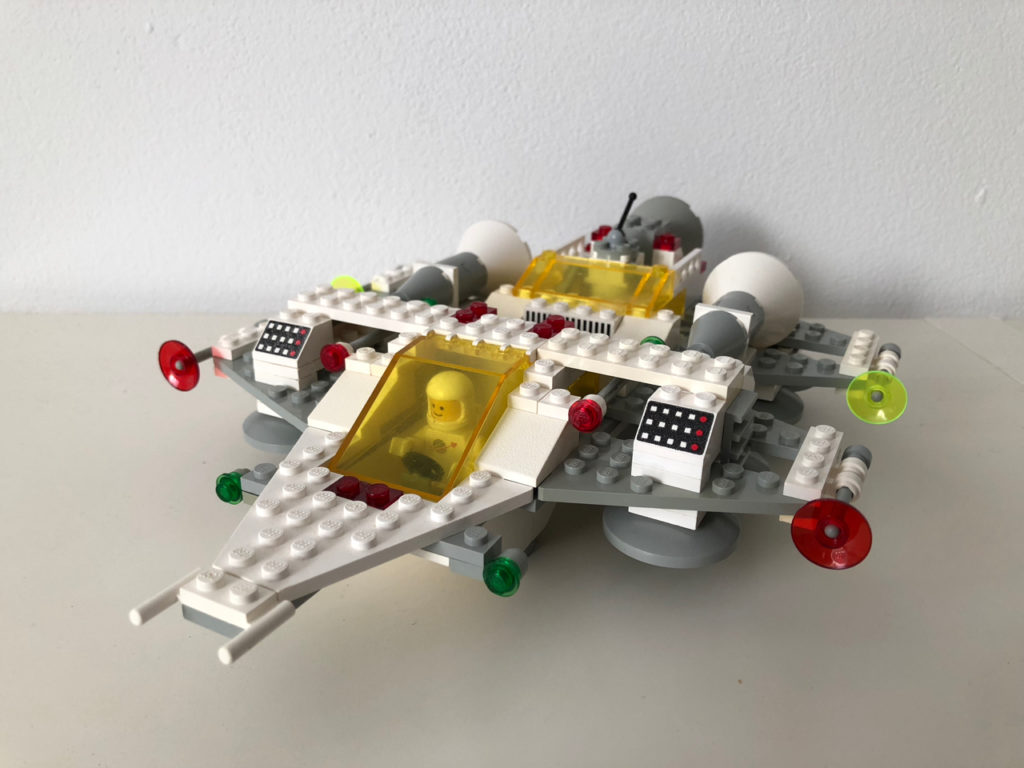 The Cruiser looks quite nice in reality, it is a bit wide compared to its length, thus misses the elegance of the original Lego sets. But for my first self-design spaceship (I don’t count the Eagle and LL912 due to their very different look and their origin as true self-design) I was very happy.

Now with the HelioLabs and the HelioCarrier, the story went very different and the as-built versions follow the main ideas but have been implemented very different compared to the digital design.

While putting my brick storage together, I made a version of the HelioCarrier, just to see if it would fit with the Eagle. In some aspects I had all the parts, but e.g. not everything in the right color. But I was able to put it together like the digital design, only I used more blue than grey parts due to brick availability. So far, so good … then I took on the HelioLab ….

For the HelioLabs I was still missing the main amount of parts, all those inverted slope 45 … I even tried to piece a HelioLab together with blue invested bricks to get a feeling of the look and feel. And what I saw and felt, I didn’t like at all. Too big, too many bricks, too complicated, simply too much … The same also applied for the center plate, which I was able to built. But the same story, too much of everything ….

And I didn’t had the bricks I needed even while my brick storage was flowing over. So a new concept had to be developed, on the fly and without the computer (no computer at theLego build station in the cellar). One of the problems started with the number of plates, I simply did not have four 6×6 plates, only two. So I started to consider only 2 Science Pods. This would also help me with the Carrier, as this allowed to have the center holding technic brick all in grey.

Than I decided to base it on the bricks I had. I kept the Window frames, but removed almost all inverted slopes and made a very toned down approach, basically just one side equipped with computers and a type of wall. The roofs in the end where different for each, depending on the available plates it had. Also, based on a two Pod version, the center plate was greatly simplified, just two computers in the middle, a much simpler connection to the Pods (no axles etc, just Pins).

So here is are the final version of the two Pods and the center plate, as built:

Now I could also take on the HelioCarrier which was also highly simplified as it only needed to carry two pods. Below you see the Carrier standalone, the Pods connected and the Carrier with the Pods docked to the Eagle:

So this was my very first “analog” built and it was quite nice. I think it is enough over-the-top to qualify as a good MOC, but not too much is it fits into the alpha-base. Now it was time to go on vacation ….

When I came back, I had an boring evening, so I went to the building place, and after a few thoughts started to work on a small HelioStation, that could be the operations and science center of the Helioteam. So a small base was built together with a landing pad and locations for the Carrier and the Operations Plate. And the trick of the HelioStation was to allow a docking of the SciencePods, so the station can be extended when the SciencePod are at home: 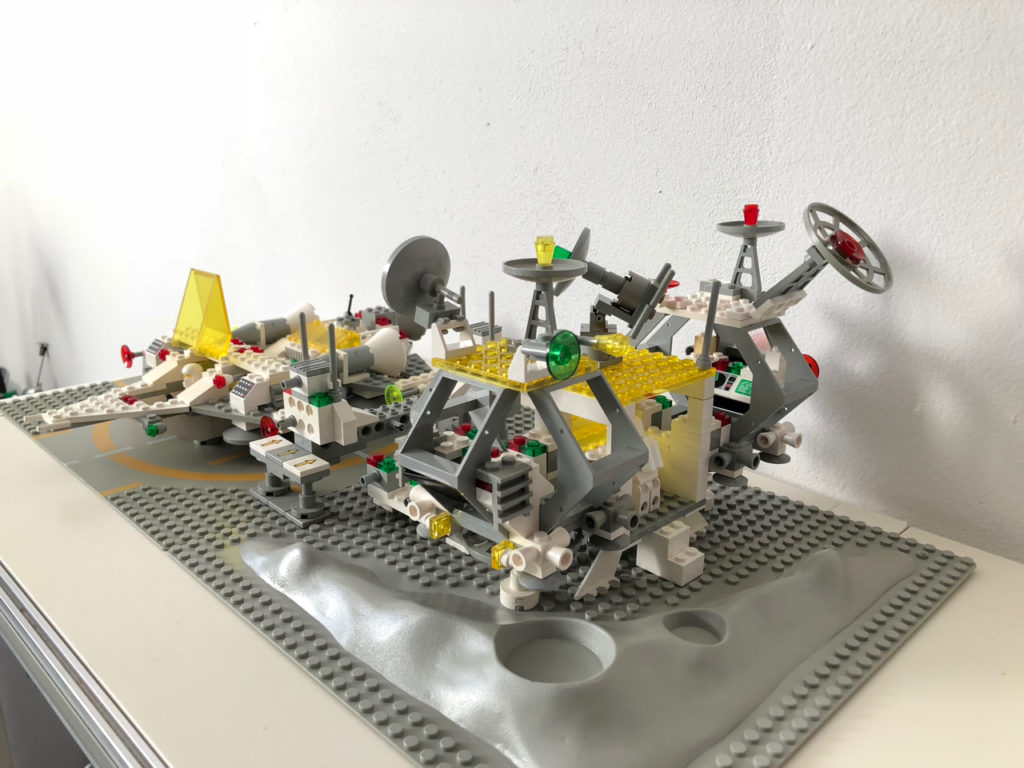