After I finished the Eagle, the Science Convoy and Mobile Mining Station with all their problems, my attention was moved for sometime to the SteinCHenStadt Exhibition and what to present there, the layout of the base and translating the webpage from English to German , … But unfortunately SteinCHenStadt was cancelled, so ….

Well while translating the various sets from English to German, I noticed, that I actually already had a set, that was in its description similar to the StormClipper (a small set I designed and built), the Twin Starfire. So I started to think, what else could the Clipper do and started to see it as a small Star Exploration vessel, a small flyer exploring the star of alpha-system. Thus I renamed it into SunClipper and gave it a new purpose. But this called immediately for a new group of spaceships dedicated to Heliophysics, a science discipline neglected so far. I started out based on the Lego Futuron Spaceship Stardefender 200 as the basic concept (Middle ship and two side gondolas) and tried to turn it into a suitable design fitting to the collection.

Based on the Stardefender 200 look, the main idea was a spaceship orbiting the alpha-star and having two additional stations for science observation. This would fit into the narrative quite nice.

As before, the color code had to be fixed and I wanted new combination to distinguish the Heliophysics Group from other, e.g. like the Terraforming Team (Grey, black, Trans-Green). But I also didn’t want to introduce a new color, so I had to stick with white, blue, grey, black for the bricks and trans-darkblue, trans-yellow and trans-green for windows. So after some back and forth I settle on the code grey-white-trans-yellow for the Heliophysics. White was clear as they operate near the Star and needed the reflection capability, trans-yellow was than used as the suitable filter for the windows and grey for not being to close to the white-blue design.

Based on the Stardefender 200 concept, I modified the base design of the Stardefender to look much more like the alpha-base design, modifying the side pods (No such cupolas available in trans-yellow) etc. Overall it went through a lot of iterations, two of them seen below: 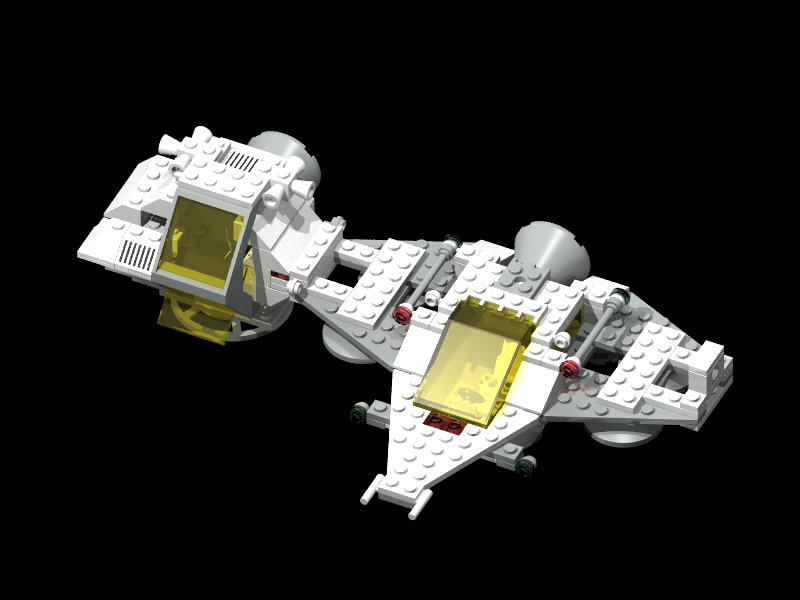 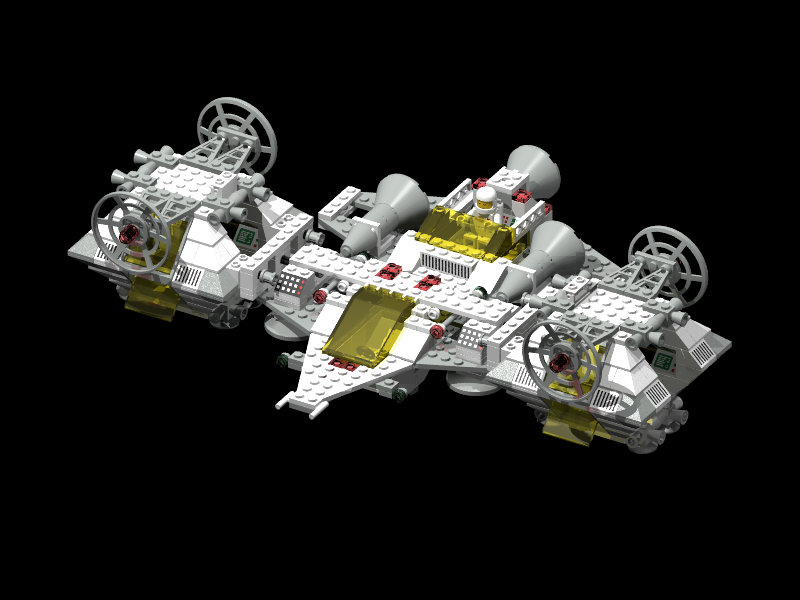 The second design was already towards my personal liking but looked very bulky. The pods became larger as I tried to make them more like independent science stations that could detach from the spaceship, do measurements etc.

And the attachment of the large side pods was complicated. I tried to keep the spaceship connector slim and actually tried something like a connector, that would attached to the spaceship and provide the attachment point for the pods. In the end, I though it look too unbalanced and made the decision to split the two elements apart:

So based on all of those, I made the final choices as such:

The HelioCruiser is a powerful ship that allows to analyse the different star activities and, in conjunction with the HelioLab, to provide various Sounder and Transmit equipment to investigate the depth of the sun: 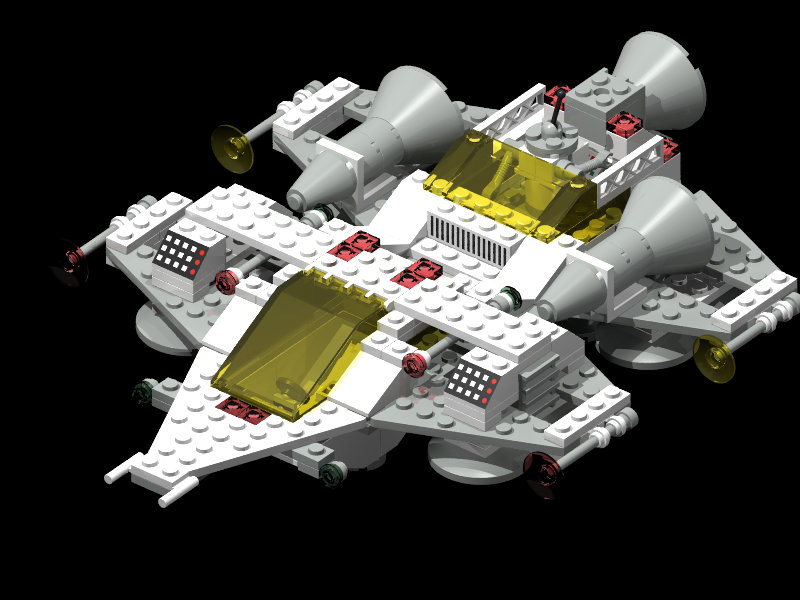 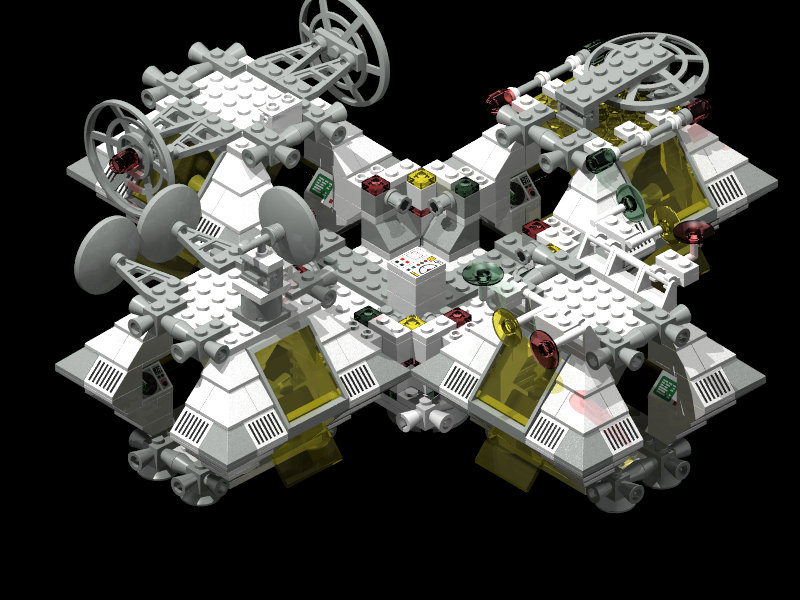 The HelioCarrier provides the carrier structure to transport the 4 science stations to the platform orbiting the Star: 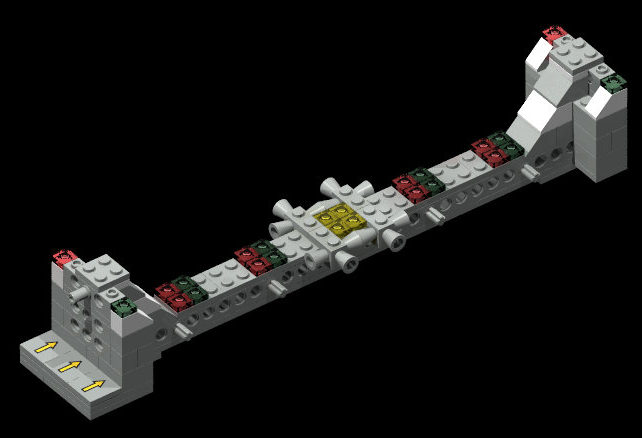 What looks quite boring, comes to live when you connect all elements:

Now the next challenge is to turn those into reality, depending on the parts I have available this can take a few month. Continues here.